The Get Up Kids :: Echoplex 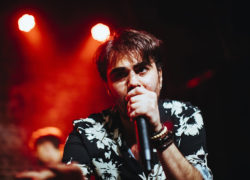 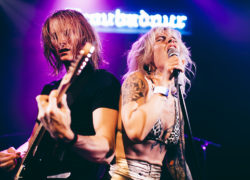 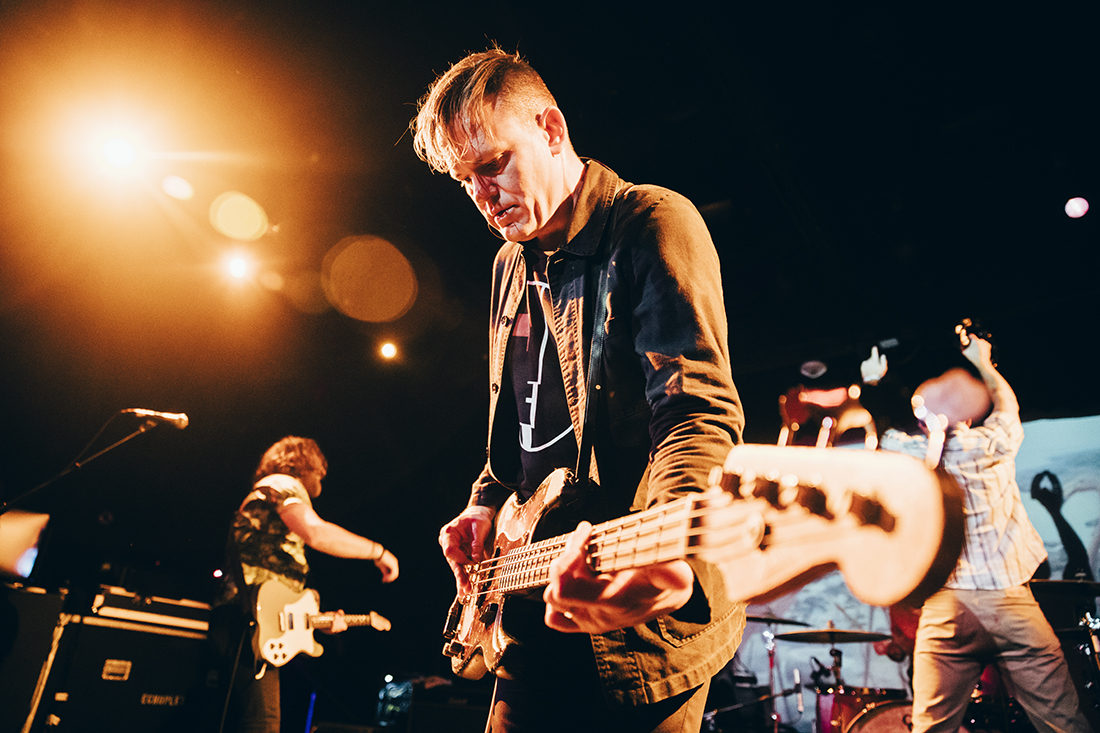 The Get Up Kids at the Echoplex November 19th, 2019. Shot and reviewed for Buzzbands.LA

The Get Up Kids have come a long way since their 1997 debut album “Four Minute Mile.” Not only were they pioneers in the early-2000s emo scene, but they were highly influential to many artists who eventually eclipsed them. While at times sounding overtly punk, their emotions were laid bare and singer Matt Pryor’s voice exuded a powerful, magnetic earnestness. Their 1999 album “Something to Write Home About” remains the fan favorite if for no other reason than the shout-along aspect. Ultimately, The Get Up Kids were simply young men singing to teens about teenage stuff at a time when many of the teens were desperately dodging Limp Bizkit.

Unfortunately, the age-old struggle hit the Kansas City band when their third and fourth records harnessed a mellower sound which didn’t resonate with their base. The Get Up Kids broke up in 2004. Then, in 2009, no longer kids, they got back together and eventually put out “There Are Rules.” For fans and critics, the reception was lukewarm. Still, this didn’t stop the band or their drive to write songs that they liked — and, eight years after the release of “Rules,” they have returned with the new album “Problems.”

Their tour in support of that album brought them to the Echoplex on Thursday night. The Kids are rocking as hard as ever, and lyrically, the themes are the same: heartbreak, love, loss, anger and pain, though expressed in a more sophisticated manner. Their hardcore fans have found it easy to embrace, and at the Echoplex, they were eager to lap it up.

Opening their set Thursday with “Holiday” and “I’m A Loner Dottie, A Rebel” from “Something to Write Home About,” the Get Up Kids kicked off hard and fast. Fans began moving immediately and most were singing — er, shouting — every word. It is bands like The Get Up kids who remind us never to underestimate the power of nostalgia. This performance felt renewed and not just repurposed for 20 years later. Over the course of their 24-song set, they shared a decent mix from all of their releases — several from “Four Minute Mile,” a couple new songs from “Problems” and a good sprinkling from their other albums. The set was most heavy with tracks from “Something To Write Home About.” Pryor’s voice was just as anxious with catchy melancholy when surrounded by drummer Ryan Pope’s crashing rhythms.

The band joked “We will not be playing any songs about the state of Massachusetts,” and the crowd threw out a few “boos”. Pryor added “Sorry. We’re from motherfucking Kansas!” Then they moved into “Campfire Kansas” from 2002’s “On A Wire.” By fan request, they tried to play deep cut “A New Found Interest In Massachusetts” from a 1997 four-song EP, but Pryor couldn’t quite remember the words. Instead guitarist Jim Suptic started joke-singing, “Something sad, something about being far away from somebody, something about a state on the east coast, fill in the fucking blank, it’s emo mad libs.” Everyone erupted. When he eventually gave up, Suptic suggested, “How about they just sing the rest of it and we sit, I’ll cry. It’ll be amazing.” Pryor responded, “I don’t know man, there’s something about putting your heart in a box or some shit, I don’t know. It’s the musings of a teenager.”

Maybe so, but all the thirtysomethings in the room still wanted the musings of a teenager. It was, however, endearing to see the band not take themselves, or their lyrical material, too seriously after all these years.

It initially seemed the sing-along vibe hit it’s peak with “Red Letter Day,” but then they closed their main set with “Action and Action” exuding the rawness that drew people to them in the first place. They returned for a five-song encore that started with a solo acoustic performance of “Out Of Reach” and then a cover of Elliott Smith’s “Division Day” featuring the band’s main support act, Kevin Devine. They finished the evening with “I’ll Catch You” and “10 Minutes” from “Something to Write Home About.”

With all the introspection and angst, the Get Up Kids still seem fondly connected to their past, rather than trying to outrun it. And now with their years, their newly inspired album and venues full of diehard fans … maybe things aren’t so bad. Maybe things are getting better. 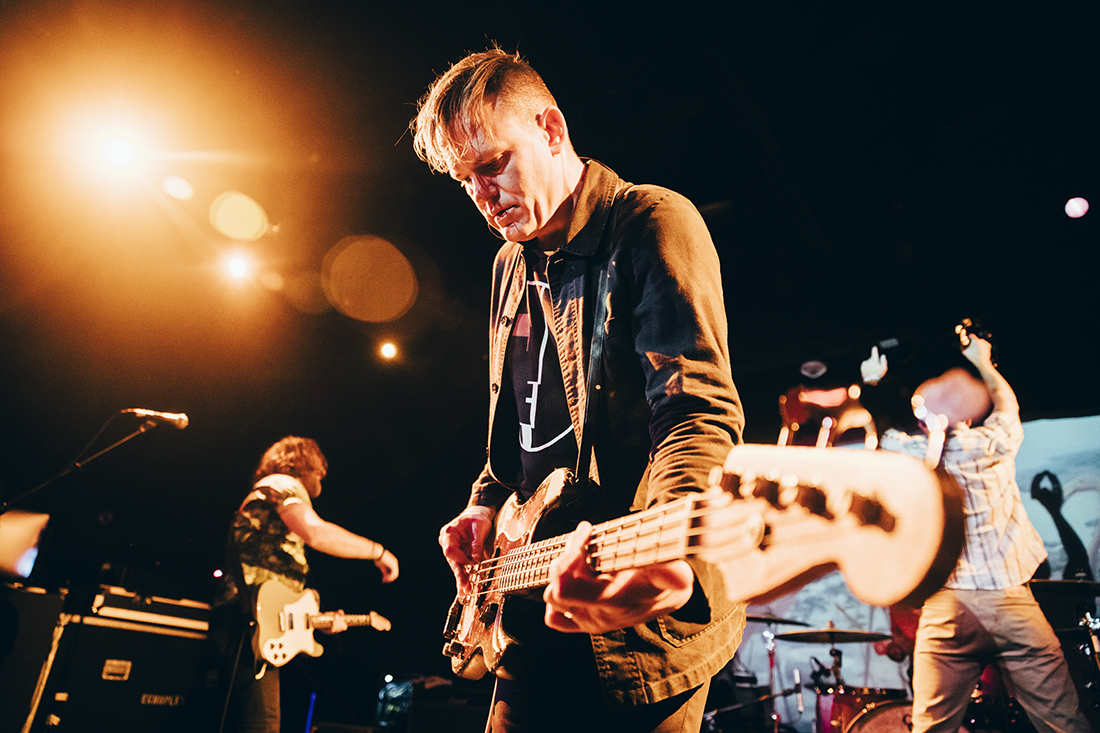 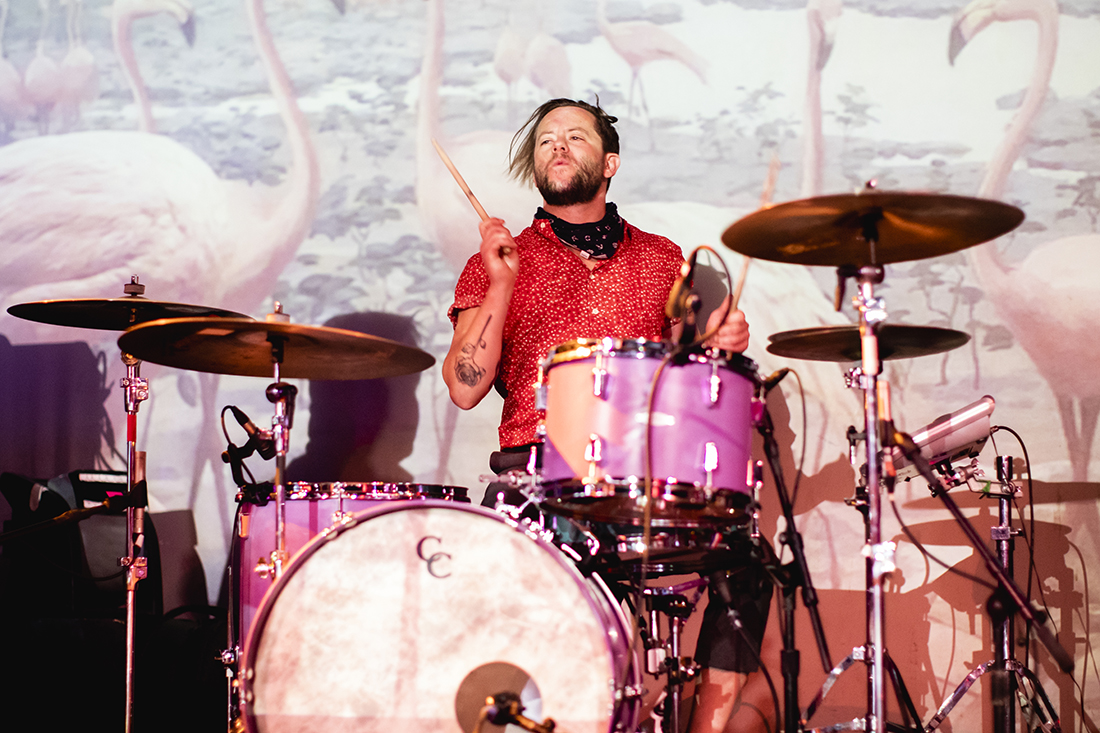 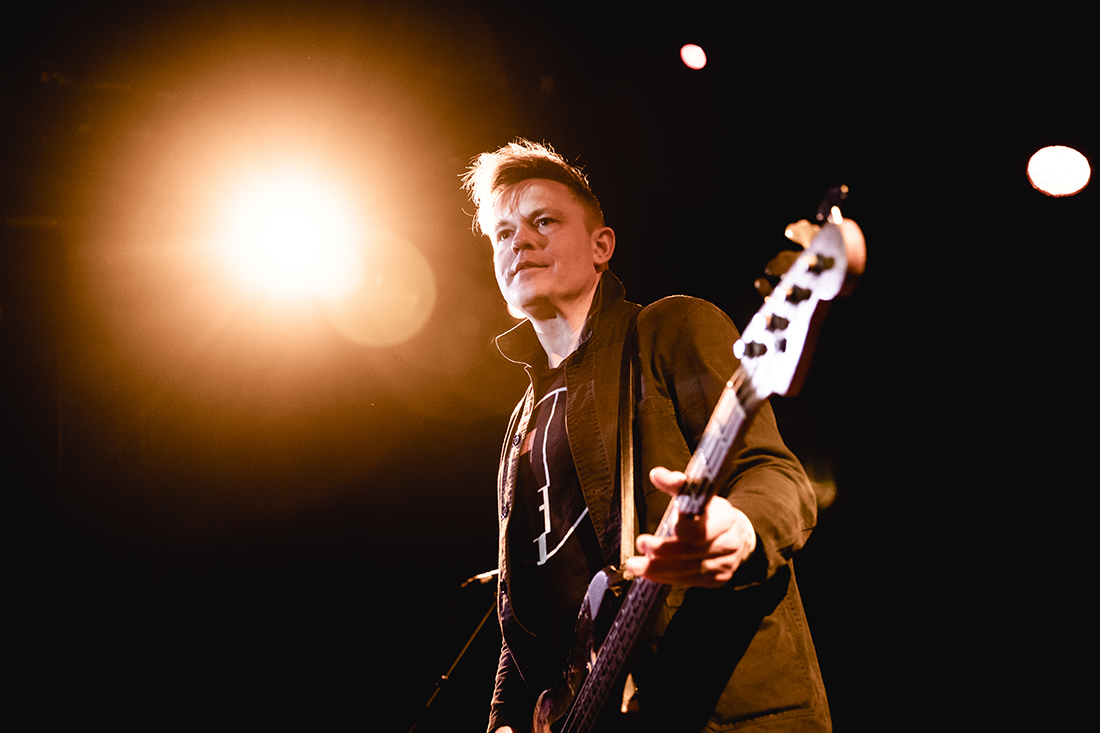 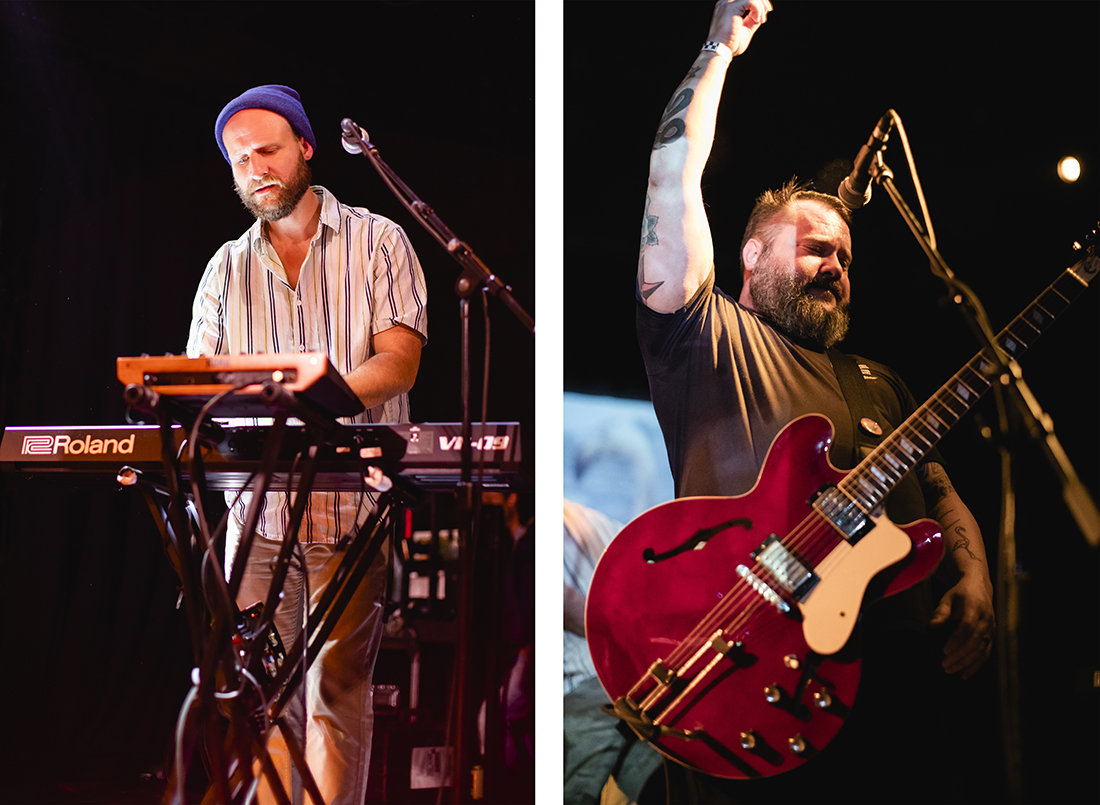 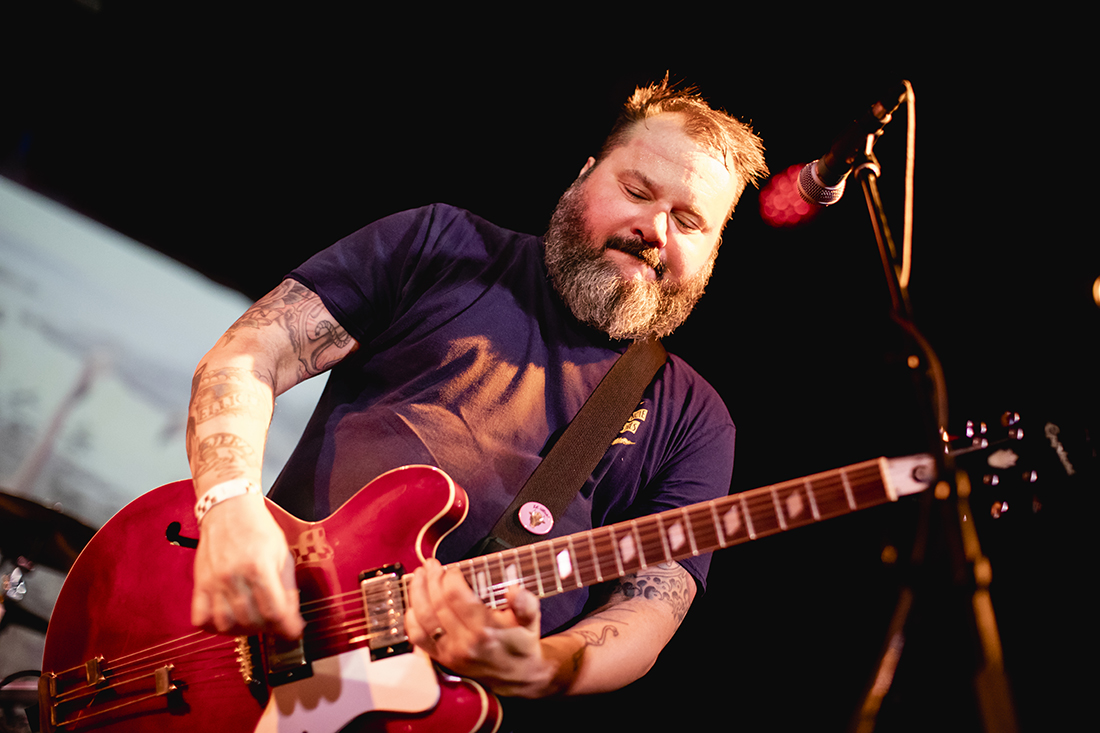 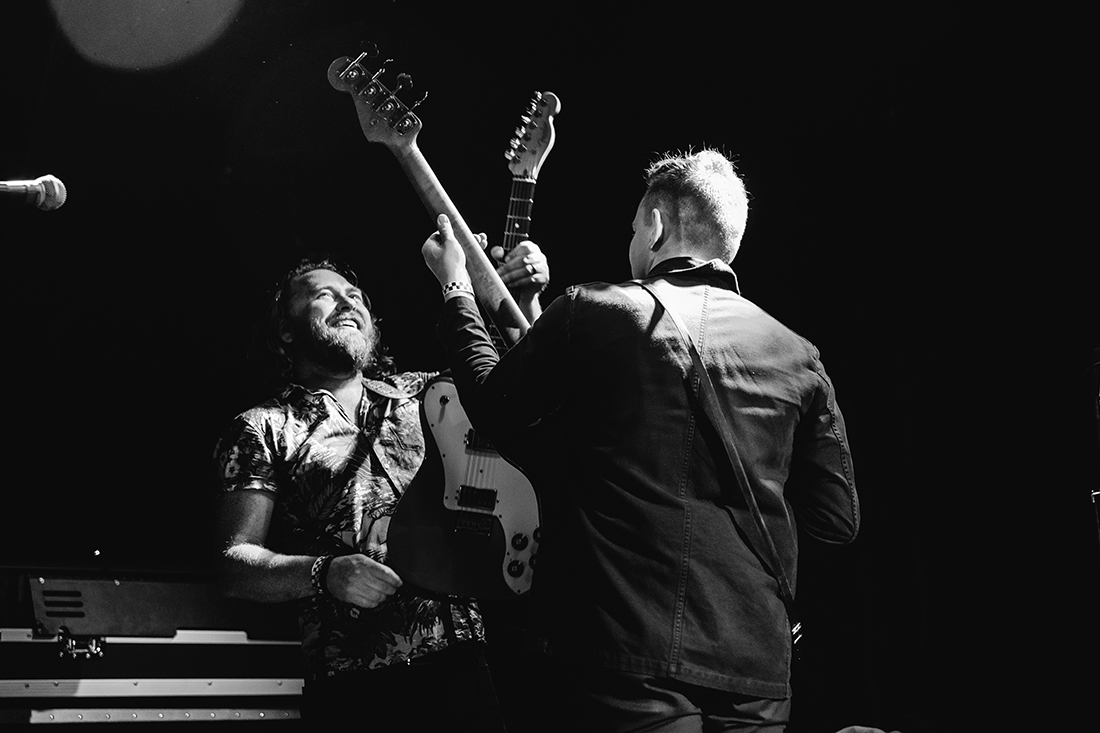 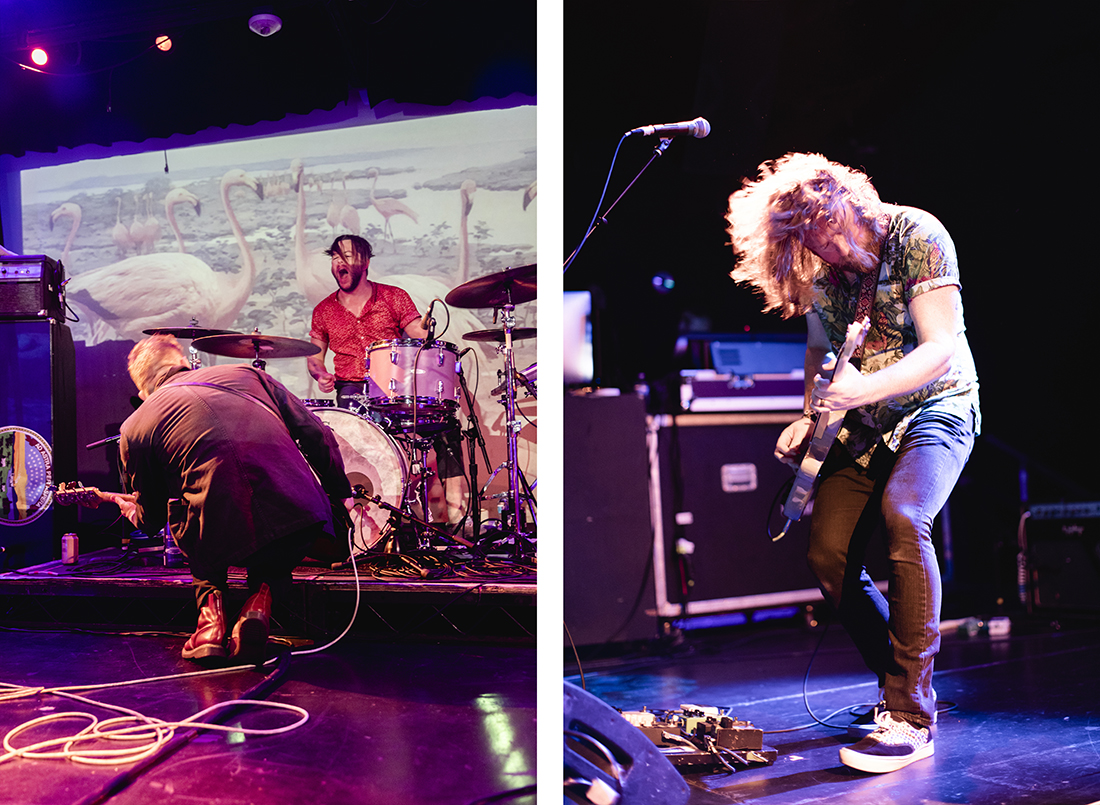 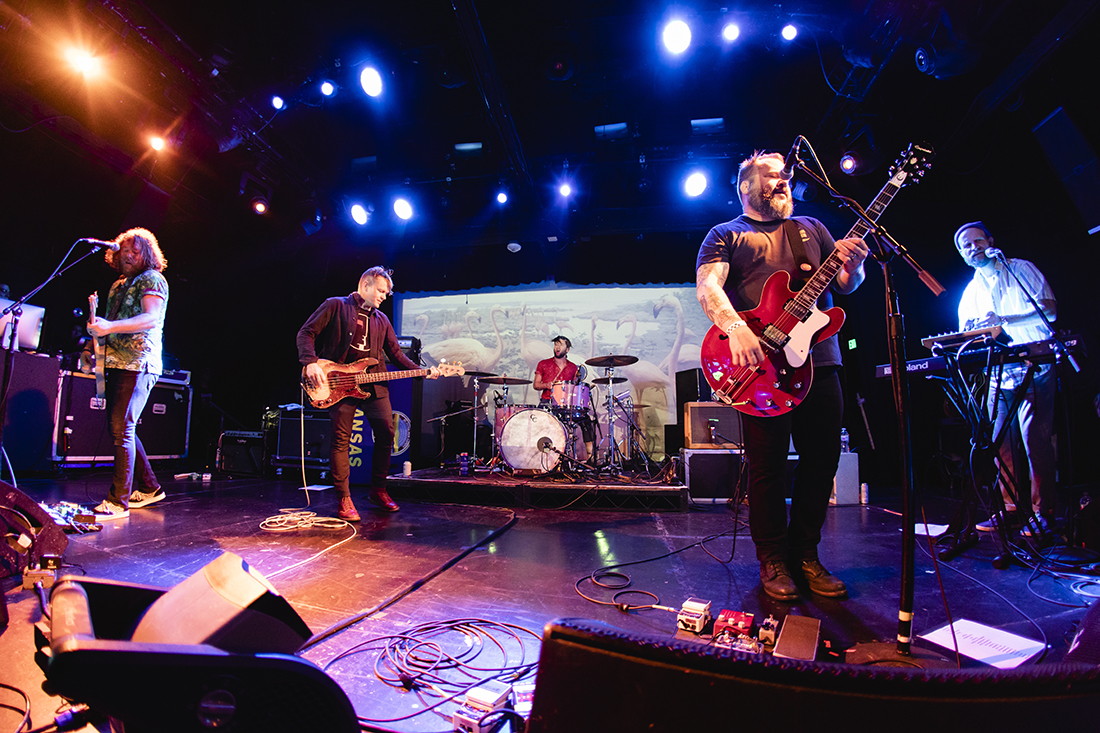 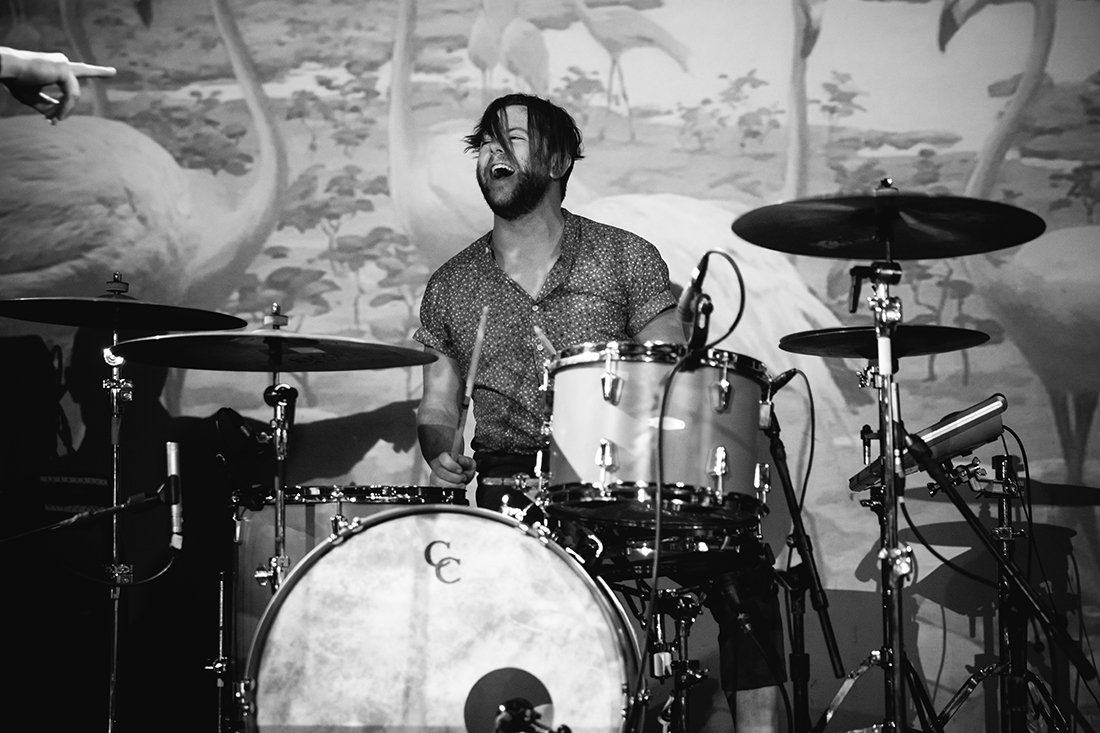 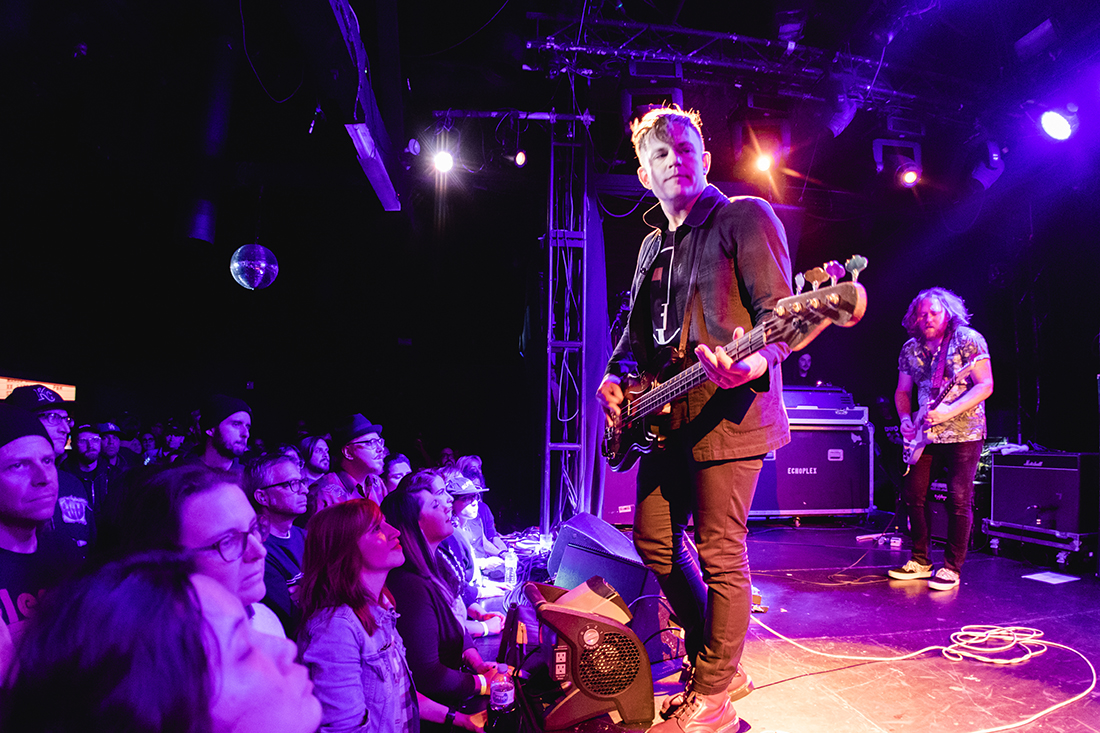 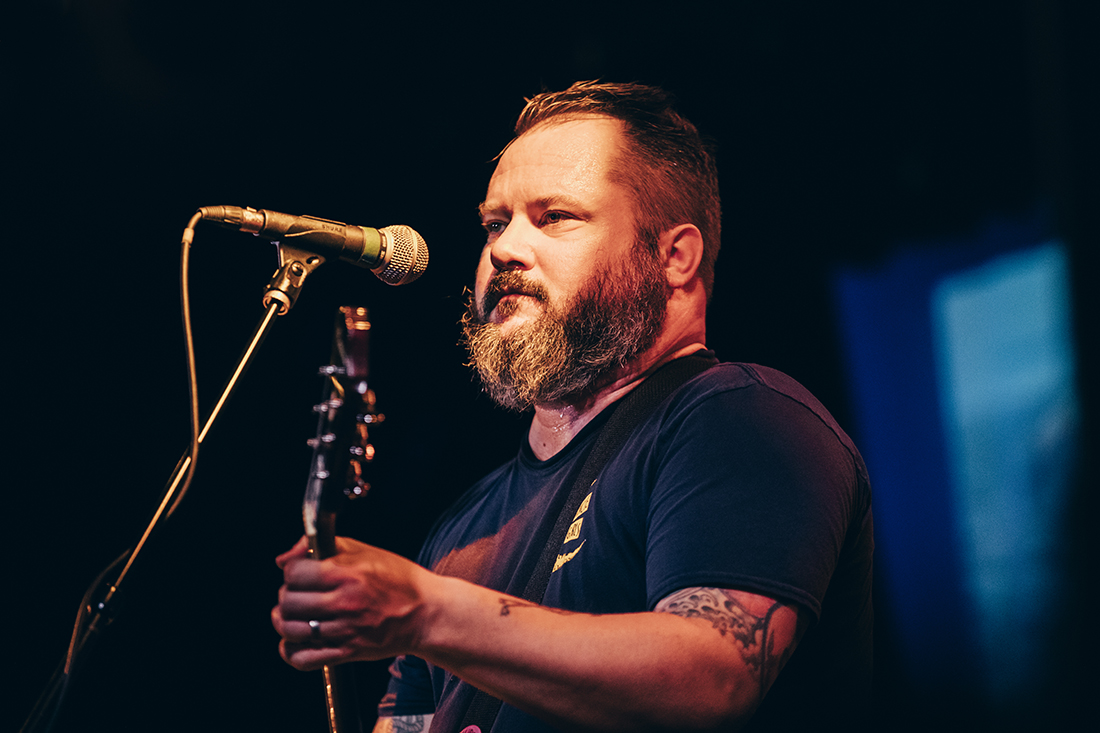 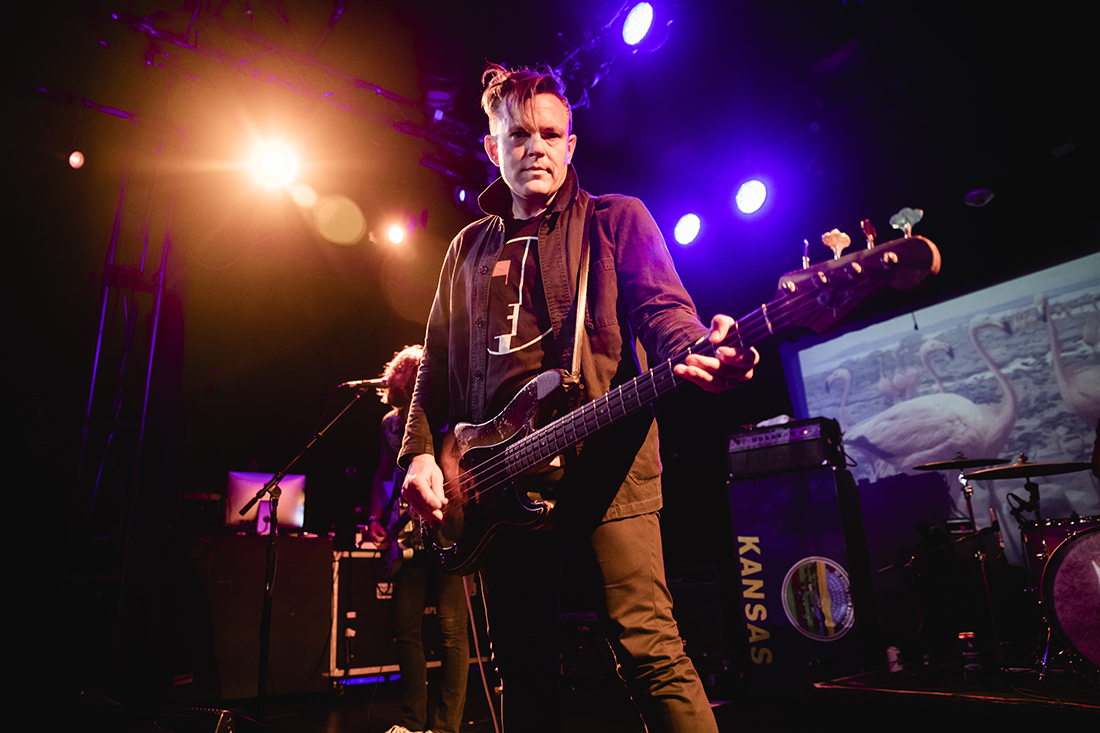 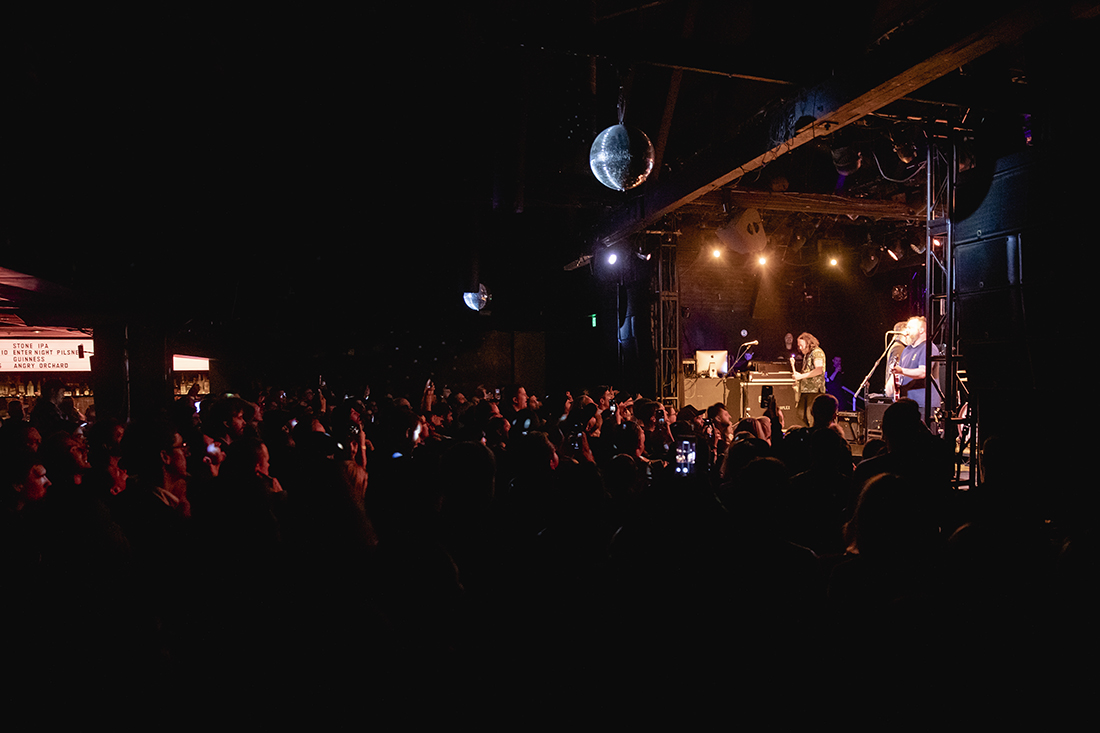